In 2014, Wattpad held their first London WattCon. I went, and it was so much fun, so of course I had to go to the next one the following year! This Saturday (3rd December, from 11:30 to 17:00), I am attending the London WattCon 2016, and I am infinitely excited. Jess (bookendsandendings) is also a Wattpad ambassador, and is needed slightly earlier, so I’m going with her to help set up.

I used to be completely obsessed with Wattpad. In fact, I used to have a story up on there that reached 10k reads before I unpublished it (it was a story I’d started writing aged 12, I’m sure you can understand why I wanted it deleted from the internet). Now I just like to read on it when I have time, but I still think it’s an amazing platform and love going along and joining in with these events. Rather than going into the details of everything that’ll be happening, I thought I’d list just 5 of the reasons I can’t wait for this Saturday!

1.  I am forever Beth Reekles trash

Beth Reekles is a 20-year old author, best known for her debut novel The Kissing Booth, which was a massive hit on Wattpad a few years ago, and then went on to be published. My sister and I own copies of all three of Beth’s books, and in fact got all of them signed at the 2014 WattCon! Aside from the fact her books are absolutely fab, I just think she’s generally an inspiration to young aspiring authors (I remember thinking whilst writing the story mentioned above: Beth Reekles got published as a teen – I can do this!). Who knows if I’ll even be brave enough to talk to her, and the other authors there, but that’s not the point – I’m just really pleased she’ll be there again this year.

2. There’ll be some awesome prizes to be won!

Some will be won through a competition (mentioned below), some through a draw, but either way, there’s will be opportunities to win some great Wattpad swag. I don’t know exactly what there will be, but they’ve had some really lovely stuff in the past – prizes ranging from books to mugs with the Wattpad logo on them!

The past two Wattpad conventions had really lovely venues – in 2014 it was held in Grange St Paul’s Hotel, and the second in Foyles bookstore on Charring Cross Street. So naturally, when they announced that this year’s WattCon was being held in the Crypt in central London, I looked it up. And it looks amazing, with lots of space and really nice lighting.

If the previous two are anything to go by, this meet-up is a great chance to talk with Wattpad authors and staff. There are loads of Q and A’s, and if you don’t like putting your hand up to speak in a room full of people (like me), everyone’s in the same room – you have the opportunity to just go and speak to whoever you want (something that doesn’t happen at a lot of book conventions). Plus, there are lots of signings with various authors.

I think Haiku’s are really cool. Unfortunately, I rarely have the motivation or inspiration to write one. But this year, as it is Wattpad’s 10th birthday, there’s a Haiku competition with the theme ‘what Wattpad means to me’. Entries are to be posted via Twitter on the day of the event, and the winner will win a bag of Wattpad swag!

Let me know if you are going to London WattCon this year, I’d love to see some familiar faces there! If you want more information about the event, there are plenty of sites to visit: 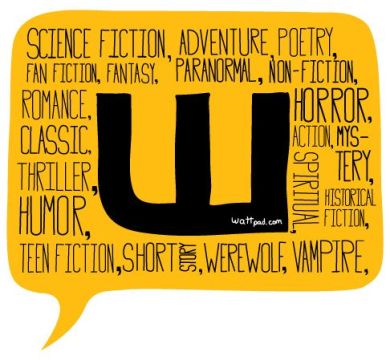