On Saturday I went to my third ever Wattpad Convention, held in London. I made a pos 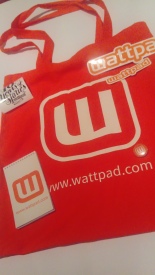 t
last week on reasons why I was looking forward to the meetup, and it didn’t disappoint.

Upon arrival, everyone received a bag containing some Wattpad swag – the bright orange Wattpad tote bag was a new addition to London WattCon this year, and I thought it added a nice touch. There was a lovely atmosphere in the room, and everyone really enjoyed themselves. I had a lovely time chatting with Beth Reekles (!!!) and other familiar faces from previous conventions.

Panel 1 – What Wattpad means to me

In this panel, some of the stars of Wattpad talked about the significance of Wattpad in their writing careers. One thing they all agreed on is that Wattpad is the perfect place to get feedback and gain confidence in your writing. Beth Reekles (author of The Kissing Booth) also talked about her debut book, which originated from Wattpad and is now being made into a movie on Netflix! 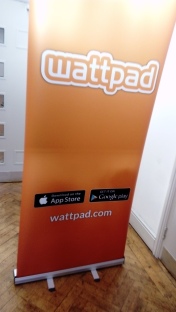 Panel 2 – How to get the most out of Wattpad

This panel mainly focused on two things; the first was how to get more involved in Wattpad, should you wish to. A really great way to do this is to become a Wattpad Ambassador. Jess (at bookendsandendings) is one, and her and the other Ambassadors were at the event greeting people and generally being very helpful. Although being an Ambassador doesn’t necessarily boost your readership, which was the second thing talked about in this panel. The main way to gain more readers is through social media and making an effort to connect with your readers.

Some of the lovely Wattpad staff were at the mercy of the audience for 45 minutes as we asked them our questions about Wattpad. One of the things that was mentioned was the
new features, such as the new ability to comment in-line from the computer (this was previously only possible on phones and tablets). There also seems to be a few more exciting features on the horizon aimed at improving the writing experience on Wattpad – something about potentially scheduling posts . . .? 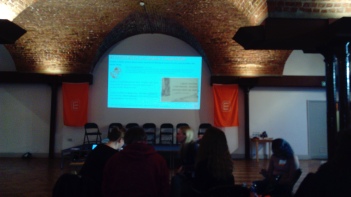 For the final panel of the day, we heard from some more published authors who came from Wattpad (including New York Times bestselling author Taran Matharu!). I found this panel really interesting, as they talked about both traditional and indie publishing. Elise Noble, an indie author who often writes books faster than they can be edited, made some great points about the flexibility of self-publishing – her record for writing a novel is 65,000 words in six days during NaNoWriMo! 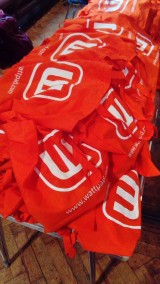 At the end of a lovely day of Wattpad-ness, there was a raffle (to win more Wattpad swag and books), signings and time to hear the results of the Haiku competition (also mentioned in my previous post)! All the entries are going to be put together in a Wattpad book and posted by OwainGlyn.

It was yet another fantastic experience and I cannot wait for future conventions – thank you so much to Mel, Gavin, Caitlin and Elise for
organising it!