Note: this was one of my English coursework pieces for GCSEs, and I thought I’d publish it on here now that results day is over ().

YA literature. What is it? It’s astonishing how many people have no idea what I’m talking about when I say I’m a YA fan. YA (Young Adult) literature is aimed at anyone aged from twelve up to their early twenties, although it often reaches a wider audience. It is the bridge between literature for children and for adults, and whilst its readers understand the importance of YA fiction, many would barely consider it ‘proper’ literature. It’s topical, it’s accessible, and in my opinion it gets people reading more than any other genre. So why is it belittled by so much of the literary world?

Reading is important. This is a fact that is almost universally acknowledged by society; it helps to build our vocabulary and literary skills, to broaden our imaginations, and to expand our knowledge and understanding of the world around us. For these reasons, children are encouraged to read from the moment they are physically able to, and rightly so. However, the very people who preach about the importance of reading to children throughout their childhood look down on the widest, most relevant genre in literature for teenagers, which is most likely to inspire them to read.

Because let’s not fool ourselves: gone are the days when many teenagers would opt to read during their spare time. Books have slowly been side-lined by the arrival of smartphones and social media, and now, before bed, teenage hands reach out, not for a book, but for their digital device. After all, why bother to stay focused on a story, when you could just spend an hour watching YouTube clips of dogs doing tricks? However, as the number of teens reading has declined, the number of YA novels being published has increased; in 2012 over 10,000 YA books were released compared to just 4,700 in 2002. From dark dystopias to candid comedies, this is the genre that is keeping teenagers reading as we become a more technologically focused society.

Above all else, I feel that YA outshines most other genres in terms of its diversity. The general public is probably vaguely aware of the trends that YA goes through; there’s been the paranormal (with vampires and werewolves dominating YA in the 2000s), futuristic novels where corrupt systems dominate, and teenage mortality. However in recent years, the number of YA books focusing on topical issues has risen enormously. Novels aimed at teenagers nowadays concentrate on matters concerning sexuality, mental health, gender identity, religion, feminism – the list is endless. Between 2013 and 2014 alone, there was a 59% increase in LGBT YA books published by mainstream publishers. These novels educate teens on issues that are very important to understand, but rarely taught in a classroom. 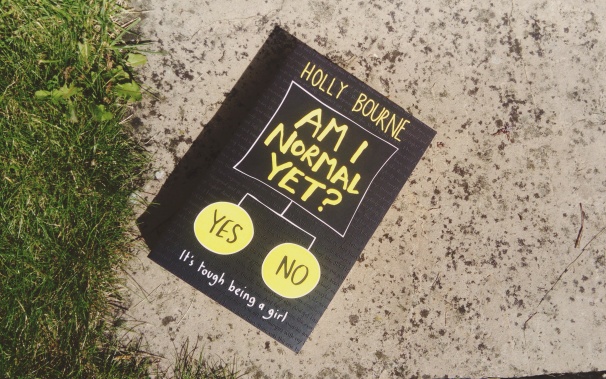 One YA novel I think is especially deserving of praise, for both the quality of the writing and content, is the novel Am I Normal Yet? by Holly Bourne. This story follows the protagonist Evie as she starts college whilst struggling with severe OCD. The engaging style of writing provided a disconcerting glimpse into Evie’s mind-set, and as a teenager myself, I can say that I felt the characterisation of Evie and her friends was both accurate and relatable; I was barely able to tear my eyes from the page. Once I finished the book, I felt much more educated on the topic of mental health, and this added a new sense of satisfaction to that post-reading feeling. Furthermore, this book does not confine itself to just one contemporary topic. Evie and her new friends Amber and Lottie are all strong, vocal feminists, and their passion for the movement motivates them to form their own ‘spinster club’. This becomes the main focus of the series and has influenced young people (females in particular) enormously, with teens all over the country setting up their own ‘spinster clubs’. Speaking openly about these topics in literature has not alienated teenagers, as many might think, but rather it has inspired them to find their own voice.

In fact, YA Literature is something of a fount of knowledge in the way in which it conveys messages concerning life, relationships and society. Anything a teenager might need advice on, there is almost certainly a YA novel that covers that topic in detail. I speak from personal experience. I have been reading YA books for years, but it is only now, as I emerge as a well-informed, opinionated 15 year old, that I see the subtle and not so subtle messages in the books I have grown up with. Not only that, it is far easier to draw out the overall message in a YA book, because most of the time you do not have to struggle through layers of imagery and themes, as you would in other, more complex novels.

As I enthuse about the importance of this genre, I do not wish to discredit classics, or any other critically acclaimed novels. I am an English lover, and my loyalties do not lie solely with YA Literature. I understand the joys of studying a character until you know them as well as your best friend, and the fun behind exploring the themes of a novel. I am no stranger to the light-bulb moment that occurs when a poem that seemed confusing and daunting at first glance suddenly makes sense. Nevertheless, many teenagers prefer to keep more traditional choices of reading in the classroom, which is perfectly justified. By all means have teens reading books such as Great Expectations in lessons, but do not expect them to read it once the bell has rung. Classics are simply not realistic fun reading for most teenagers. That said, there are many YA adaptations of older novels that have been very popular with younger generations. Without even factoring in the countless retellings of Romeo and Juliet, there are modern twists on stories from Macbeth to Pride and Prejudice, Les Misérables to Alice in Wonderland. Whether a book is a simple retelling, contains more subtle parallels with a classical novel, or even puts a twist on the story (for example Lydia by Natasha Farrant), it’s impossible to deny: YA is helping to make classics accessible to all ages. Although it’s not the same as reading the original, YA has preserved the understanding and appreciation of influential stories amongst teenagers.

So, why YA? To conclude, the power and brilliance of YA is drastically underestimated. It is the overlooked second child of the literary family, forever pushed aside by critics in favour of the next bestselling adult fiction. It is our responsibility to encourage the growth of this genre and not to shame teenagers for their choice of reading, because YA is a completely valid branch of literature. It is time for the world to realise that a novel does not have to be crammed full with complex vocabulary and imagery to stimulate our minds.